Remember the good old days when Nike produced and aggressively marketed a full arsenal of clubs, balls, and other golf equipment? After a weekend spent watching Tiger Woods or Rory McIlroy, hobby golfers often grabbed their Nike golf clubs and hit the course. Now that this mega-manufacturer has exited the golf sector, some folks still have their trusty sets of Nike golf clubs and still others are focused on collecting them. We set out to identify the 10 best Nike clubs ever made and came up with a list that should cause plenty of debate.

1. When Did Nike Start Producing Golf Clubs, and When Did The Company Realize Success?

Nike began making golf shoes in 1984 and set about expanding their array of golf equipment in subsequent years. Their first line of golf balls debuted in 1998, and then, in 2001 Nike purchased Impact Golf. Nike golf clubs soon followed, and later in 2001, David Duval became the first player to win a PGA tournament (the 2001 British Open) using Nike golf clubs.

No. In August 2016, Nike announced that it would continue to offer golf shoes and apparel but planned to exit the golf club business. The company has followed through on that decision and, today, new Nike-brand clubs are challenging to find on the market.

One name jumps to mind first: that of Tiger Woods, who sported the swoosh and appeared actively for the brand for many years and is arguably among the top five tour players of all time. Rory McIlroy joined Nike in 2013 and was widely considered the future of the brand. On the women's side, Michelle Wie won the Women's U.S. Open in 2014 with Nike golf clubs and other Nike equipment.

The following products were reviewed based on the following parameters: Features, Pros & Cons, Price, and Availability. Nike no longer makes or markets golf clubs, so we considered official specifications during their production as well as feedback from professionals and beginners. As for the price, we tried to look at the clubs' original prices compared to their value on the used market today. 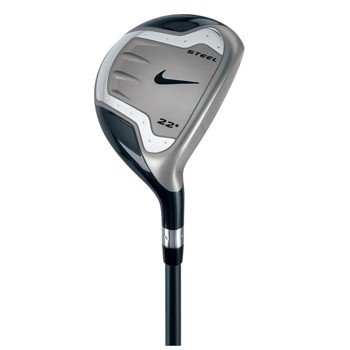 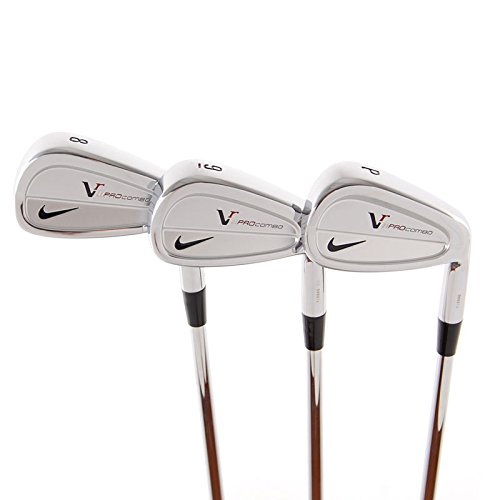 We must consider the overall price range of Nike golf clubs with the perspective that these are now defunct products. For instance, a Nike driver that was priced around $400 when new may now only earn you $15 on a trade-in. However, a buyer may pick one up for $80 today, for example. While they can be hard to find in usable condition, some Nike golf clubs are available at bargain prices for those who search for them. 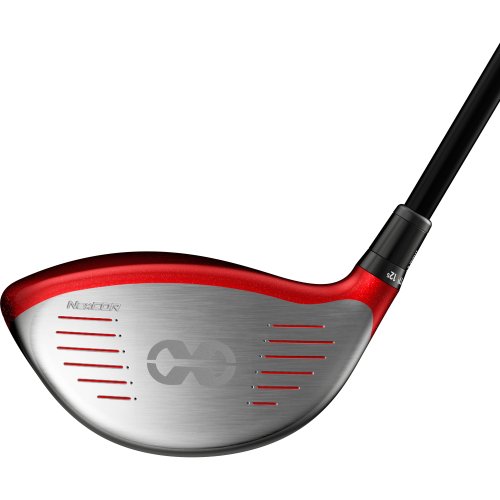 Nike Vapor Speed fairway woods included models in both Flex and Speed editions. These fairway woods feature a Covert sole and compression channel meant to flex at impact while offering forgiveness to golfers. With a Fubuki shaft, these fairway woods came with loft options of 15 and 19 degrees.

The durability of these woods was solid, depending on use patterns and care, of course. There is a lot of variation in pricing for existing Nike Vapor fairway woods. These clubs are only about five years old, so there are opportunities out there to get a good value on a club that still has a lot of life in it. 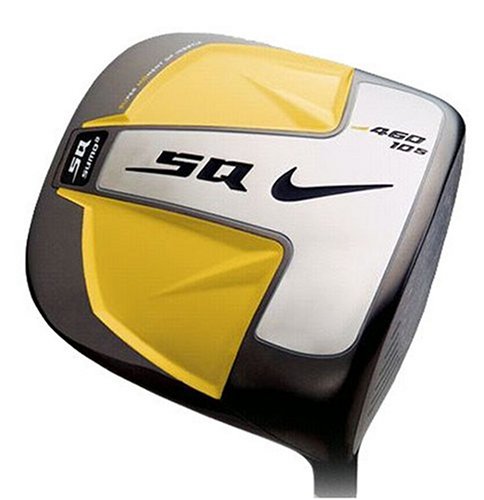 The Nike SasQuatch 460 Driver was unique in that the head of the club was narrower than the rear, giving the ball a distinct flight pattern. It was also forgiving when the strike was not on the mark. This club used a specialized titanium construction touted to add velocity to each shot.

You can pick up a used Nike SasQuatch 460 Driver at a very reasonable price. However, this club introduced in 2005 will soon be 15 years old. Before buying or bidding on one, consider carefully how it was cared for in its previous life and how many miles it has accumulated. 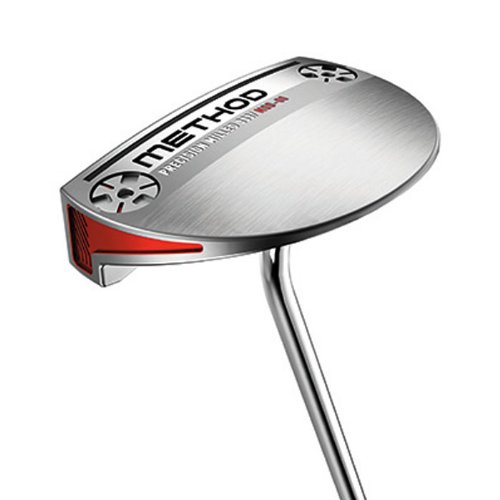 Nike went all-in on science when they created the Nike Method putter. The result was a unique putter with a “poly-metallic” groove system tested to produce minimal bounce at impact. This putter was available with five different neck blades.

This putter will be a decade old before you know it, but the wear and tear on putters is much less than on other clubs. This well-made product is a good investment if you can find one at an attractive price.

Nike's VR X3X Toe Sweep wedge was notable mainly for its unique sole. Some found its appearance bizarre, but this shape allowed an open lob with minimal digging. This club offers good ball rotation and backspin, thanks to effective grooves. It was produced and marketed in 56-, 58-, and 60-degree lofts.

The Nike VRS Covert 2.0 driver was considered a significant improvement over its predecessor, the original Nike Covert driver. It featured a better trajectory and a bigger sweet spot. It came in two editions: Tour and Performance, both featuring an updated club head that used Nike's Fly-Brace technology. These clubs were considered stable and many users lauded them for creating great ball energy.

Golfers could select from multiple face angles and five loft options from 8.5 degrees to 12.5 degrees.

Many feel that later-generation Nike drivers offered improvements over the Nike VRS Covert 2.0. While you can get a good deal on a used Covert 2.0, you can also find newer Nike drivers in the same price range.

Nike's VR X3X Toe Sweep wedge was notable mainly for its unique sole. Some found its appearance bizarre, but this shape allowed an open lob with minimal digging. This club offers good ball rotation and backspin, thanks to effective grooves. It was produced and marketed in 56-, 58-, and 60-degree lofts.

The Nike Vapor Fly driver was notably lighter than some of its forerunners, with substantial weight shifted to the bottom of the clubhead. This resulted in better launch trajectory and distance. The sole of the club was also redesigned to produce greater ball speed.

The Nike Victory Red Forged TW irons were Tiger Woods-inspired clubs that employed his preferred center-of-gravity specifications. They were very forgiving yet precise. The appearance of these Nike golf clubs was very traditional aside from their TW logo.

Over a decade old, these clubs may fit the bill as individual purchases where needed. Pricing can be high for a complete set, and given their age, they may or may not be worth the cost, depending on their condition. 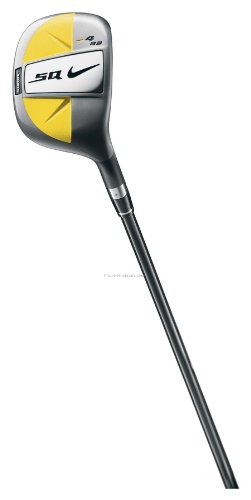 Nike advertised the SQ SUMO2 5900 driver as the premier straight driver available at the time. It lacked some distance but proved to be very accurate. It was also extremely forgiving.

Nike implemented many changes in shape and style to increase accuracy and ball speed over its the Sumo 1 club, including alterations to the shape of the face and club head. This club also utilized Nike's exclusive PowerBow design.

A noteworthy point about the price of used SQ SUMO2 5900 Drivers is the wide variety of price points. The club is 13 years old and bound to have aged. But if you can find a good club at a good price, it may be worth your investment.

Nike's junior clubs were standouts among youth golf equipment. The Nike SQ MachSpeed junior golf clubs, for example, were especially popular with packages designed for ages 6-to-8 and 9-to-12 as well as a set intended for girls. These clubs were also fitted to children based on their height in inches. All three packages included a driver, hybrid, 7-iron, 9-iron, wedge, and putter.

The clubs were well made for youth, and given that many children grow out of them, you can still find sets with minimal wear at a fair price.

During its 15-plus years in the golf club business, Nike golf clubs came in a vast range of forms and fashions. Generally, most golf enthusiasts who tried them agree that Nike's products got better over time, and players using their clubs went on to win many PGA and LPGA events.

This list of the 10 best Nike golf clubs covers the full spectrum from putters and irons to drivers and fairway woods. Even youth clubs found a spot on the list. At the height of their popularity, Nike produced some of the sport's finest clubs, and some fans have been dismayed by their need to identify a brand they trust equally.

Some Nike golf clubs, like the Sumo2 Driver, were considered dream clubs by many weekend amateurs. Others, such as VP Pro Combo irons, were intended (and often priced) for the serious student of the game. By and large, Nike's early offerings were not the best in the industry but, given time to evolve, some of these clubs became contenders for that title.

The Best Men’s Spikeless Golf Shoes: Which One Is Your Favorite?

The Best Golf Glove Options We Recommend That You Use