The surviving record of Golf rules dates back the year 1744, which was created by the Golfers of Keith. All other regulations on golfing existed except for the attire. The same cloth was worn for all sports, which was suits and skirts.

In the 1900’s there was the emergence of new attire commonly known as knickers; these were merely shorts and loose pants.

A few decades later, there was a transition to the athletic look that took center stage, and around that, time golf attire started to establish itself in the fashion world.

Quick Navigation
The Millennium
To Date

The 1920’s saw a replacement of jackets with sweaters on the golf course, while female attire was marketed as skirts with short hemlines. A woman broke the record in 1920 when she appeared in knickers - something that sent most men tales wagging, but most of the golf clubs would not approve this change of concept.

During this time, most of these clubs required men to wear collared shirts, and this led to the emergence of polo shirts in 1930’s, with a lightweight touch and still maintaining the collar.

This period also saw Golf gain a lot of popularity among the most affluent players. Edward, Prince of Wales, gave a big boost to the golf market when he showed his interest in the traditional flair of trousers and sweaters.

The affluent golfers distinguished themselves by employing formal outfits featuring ‘plus fours,’ with four inches of additional length, patterned long-golf socks, and the famous ‘spectator shoes.’ Around the 1930’s, golfers moved away from plus fours and edged toward white/grey flannel trousers. Neckties also became outdated during this period.

There was a heat wave in the year 1933, which saw a shift from the ordinary heavy golf attire in favor of lightweight, casual clothing. This was during the US Open, a style of attire widely chosen by participants. In 1940, golf attire began to resemble outfits worn today.

Short-sleeved knitted shirts and lightweight slacks became the norm for men. Turdy shoes were built with poked soles, and the hats were well knitted with a brim. Eisenhower jackets became famous for the cold weather; their roomy shoulder fit and snug waistband made them more ergonomic for the golf swing. Khakis, colorful shirts and shorts began to emerge during warm weathers.

Continuing the evolution of golf attire, the 1950’s and 60’s saw a dramatic change in female golf apparel.

Golf attire at this time was ablaze with color; this is an era when the golf style became an enduring joke, with knitted golf shirts matched with colorful trousers and shorts. Bermuda shorts and sleeveless shirts were now standard in women’s golf attire, while khakis and Bermuda shorts were taking over the men’s fashion.

The then world’s renowned golfers Arnold Palmer and Gary Player influenced this greatly.  King Palmer had channeled the muscular look - his clothes emphasized athleticism. The synthetic fibers, nylon, and polyester dominated the attire at the time, brown, orange and yellow were in fashion.

This decade saw colors dominating golf clothing. This was thanks to Jack Nicklaus, Steve Ballesteros and other professional golfers who showed up wearing colored sweaters, polos, and pants. It was now fashionable to have clashing hues of Argyle and plaid patterned attire.

This was the nadir of all American fashion and in particular, golf style. Golfers wore trousers, nylon, magenta and Kelly green. The likes of polyester were paired with orange and nylon. Houndstooth pattern became the flavor of the day in golf-wear for both pants and shirts.

The 1980’s saw the eccentric trends garnering a backlash. The establishment of Ashworth Golf in the year 1987 saw a fulfillment of the need for less over-the-top and versatile clothes in the gold arena. This is the time the Nike began to produce its golf apparel.

Curtis Strange’s win of the US Open championships in 1988 and 89 was a show of the brand's refined approach to golfing apparel, thus giving it a big boost, which saw many other companies come up with similar items. This Reagan era also started with Caddy shack; slapstick comedy led to a resurgence of the traditional ware with the more modern touch of stretch fabrics and waterproof leathers.

The emergence of the name Tiger Woods in the golf world took a swing in the corporate world in 1996 when he signed an endorsement deal with Nike. Tiger Woods soon skyrocketed as the most celebrated golfer of the time, boosting Nike tremendously also. At this time, Woods created his line of golf apparel and equipment.

Other brands took over like Adidas whose fame also became notable in 1997 when it bought Taylor Made and began producing golf hats and other accessories. In 1998, Foot Joy began to produce shirts, socks and outerwear to its market.

Golf companies continued to change hands later in the decade - in 2002, Callaway licensed its name to Ashworth to form Callaway Golf apparel. Adidas later bought the company in 2008.

The millennium seemed to play to the 70’s with the introduction of the loudmouth in 2000, with the flamboyant golf pants and a selection of brazen colors and patterns.

At this time, golf clothes were endowed with advanced features. Shirts with stretch panels and fabrics that block sunlight became popular. 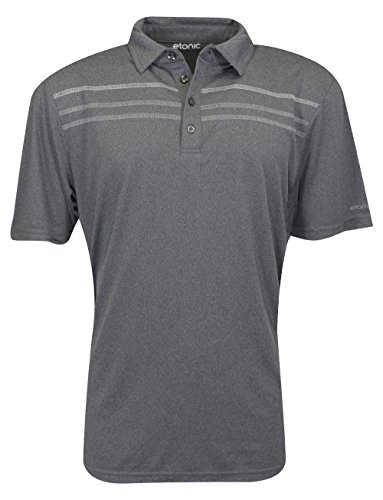 Sneaker-like golf shoes have replaced the old saddle shoes. Celebrities like Camilla Villegas wear form-hugging gear in colors that stand out while other champions like Tiger Woods have stuck to dark hues and open armholes to allow for a full swing. 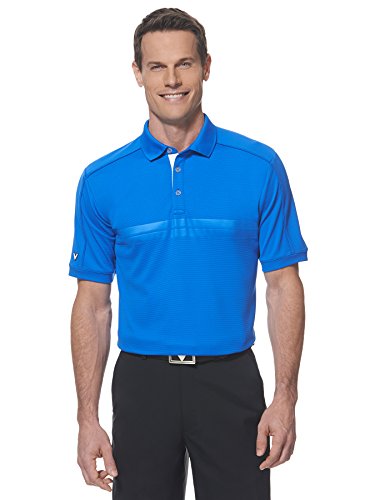 The evolution of golf attire undoubtedly is ever-progressing. Today golf attire has grown to be more athletic and flexible. Social attitudes and fashion have seen tremendous growth in the kind of apparel that is used by golfers.

More and more companies have emerged to offer a variety of this attire. There is less of an emphasis on conservative wear nowadays, giving investors a smooth run in the industry.

The Best Golf Attire for Men